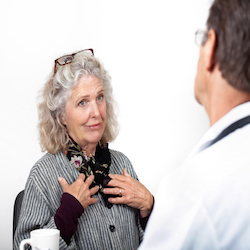 Age discrimination might seem like an odd phenomenon to crop up in an industry that is literally purpose-built to care for the very elderly, but unfortunately it is very real. Age discrimination in senior care is almost entirely a matter of doctors and other professionals routinely failing to give elderly patients the best-practices form of care, instead giving them either minimal care or whatever care is least expensive.

The Argument For Ageism…
There are instances where the best-practice form of care is not appropriate for a senior citizen. For example, many individuals age 70 or over might be too physically frail to undergo chemotherapy. Similarly, it may be possible that an 85-year-old woman would be at greater risk from an ‘aggressive’ pneumonia treatment than she would be from pneumonia itself.

The other commonplace argument used in favor of ageism is a bit cold, but is rational; a hospital Emergency Department is a place of limited resources, and elderly patients tend to be much more complex, fragile, and demanding than younger ones. Hence, devoting more attention to an elderly patient means denying time and effort to other patients in need.

…And Why It’s Wrong
There are, of course, several more reasons why those ‘reasonable’ arguments are…let’s be polite and simply say ‘less reasonable than they appear.’ The most obvious to anyone who is looking at the situation from the perspective of a patient (or the child of a patient) is that health care choices ought, rightfully and consistently, be based on the individual being treated, not on some preconceived notion of what the status of the individual should be based on their age. If a 70-year-old is healthy enough to survive chemotherapy, they should be given the option of chemotherapy.

The next issue is that of communication; seniors are far more likely than younger patients to simply accept what the doctor tells them without questioning. But that is not a problem with the patient; it is a problem with the doctor. Studies have shown that doctors are more responsive, respectful, optimistic, and egalitarian with younger patients than with seniors, and it is that lack of respect, optimism, and responsiveness that inspires seniors to silence.

Finally, and most damningly, we have the issue of our entire cultural perspective on age. One-time governor of Colorado Richard Lamm once famously stated that the elderly “have a duty to die and get out of the way.”

It is a ubiquitous cultural norm that getting older inherently makes you less mentally and physically capable, harder to communicate with, and eventually “naturally” leads to isolation and disengagement. But that is literally something that Americans made up. How do we know that? Because we have counterexamples all over the world:

In Japan, the cultural paradigm is the senior citizens who are the wisest, most respectable of the population, and the shift into retirement is accompanied by the pursuit of ‘ikigai’, which essentially translates as ‘the joy of purpose.’ Senior citizens in Japan are not told they ‘should get out of the way;’ they’re told they are competent and capable of finding and achieving purpose. In Japan, life expectancy is 5 years longer than it is in the U.S.

In Spain, the standard is for three or more generations to live together under one roof, with the eldest among them acting as homemakers and raising children, while both middle-generation parents work as breadwinners. This keeps the seniors engaged and participatory until they are actually prevented by health issues from participating. Spain’s life expectancy is 4 years longer than it is in the U.S.

In Australia, the Human Rights Commission has a dedicated Age Discrimination Commissioner who regularly runs media campaigns to counter the ‘easy’ view of seniors by pointing out proven facts, such as “80% of Australians will be dementia-free at 80 years of age,” or “42% of Australians ages 75 and older are supplementing their pensions by voluntarily and successfully working at a variety of jobs.” The life expectancy there is also 4 years longer than it is in America.

Not only are senior citizens in these countries living longer, they are contributing more during those years than American seniors are, simply because they are told they should.

Age discrimination in elder care is just a symptom of a much more ubiquitous problem; a cultural issue that needs to be addressed at the most fundamental level. Until we can safely assume that a doctor’s opinion of any given senior citizen is they are valuable human beings capable of adding to their culture and economy, we cannot expect ageism to go away.