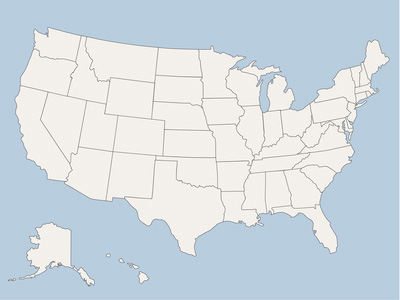 Alimony is a part of many divorces. As New Jersey recently passed legislation limiting the duration of alimony payments, I got curious as to what was done in other states. And so began my research…. Over the next few months, I will share what I learned.

The biggest similarity is that in most states the amount and duration of spousal support is at the discretion of the court. The decision is usually based on the analysis of various factors, which are either set by state statute or based on case law.

What are some of the most common factors considered in the determination of support?

Arizona’s state statutes even considers the “Excessive or abnormal expenditures, destruction, concealment or fraudulent disposition” of marital property. Vermont statutes require the consideration of inflation in relation to the cost of living.

You need to know what factors are considered in your state being that each state has its own considerations.

What states have a monetary formula?

Colorado introduced a formula for determining alimony as of January 1, 2014 when the marriage is between 3 and 20 years and the couple’s combined income is less than $240,000.

In addition, based on the months of marriage, Colorado sets the guideline term of alimony.

For example, under Colorado guidelines, for a couple married 37 months, alimony will be paid for 12 months at 31.17%

Support in Ohio is calculated based on the difference in the income generating capacities of both spouses multiplied by an appropriate percentage selected by the court from the following ranges:

Note: This article is provided for informational purposes only and does not constitute legal advice. The information is intended, but not promised or guaranteed to be current, complete, or up-to-date and should in no way be taken as an indication of future results. The information offered only for general informational and educational purposes. They are not offered as and do not constitute legal advice or legal opinions. You should not act or rely on any information contained herein without first seeking the advice of an attorney.