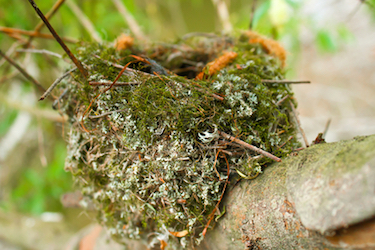 I knew when I got off the plane and checked the text messages that I would soon feel the empty nest again. She was so excited to share her news. “Call me ASAP when you both land.” It was addressed to her father and I. We weren’t together but we were both in the air and unavailable when she got the call. She got the promotion! Yay! It’s all good; except she is moving to another city.

So I cried as I walked off the plane and into the terminal. I had to pull it together because I needed to be thrilled for her. When I called her, she answered right away and made her proclamation about how happy she was that I was home finally. Yes, she got the promotion. Yes, she needs to relocate, 305 miles away. I quickly remembered my Lamaze breaths. My son had just recently texted me and happily reported signing the agreement for his new role. He would be moving 2,300 miles for his new position.

So once again, I’m an empty nester. I feel like I’ve been practicing for this role for 15 years ago when the kids spent every other weekend with their father. In the early days, I would lay on the couch with a stack of VHS movies. My plan was to use the time wisely. Those weren’t happy days nor did I love the time alone. As time passed, the kids would spend alternating weeks with their dad. I referred to them as “off weeks”. My kids asked me not to talk about them as “off weeks” as it sounded like I liked when they weren’t with me.

Then the real “empty nest” when they left for college within 2 years of one another. The silence in the house was often deafening but I felt ahead of the curve because I experienced the quiet left by their absence for almost a decade.

But now, they are moving away. Now they will leave to begin exciting chapters in their lives. I gave them wings. But the sadness in gazing at the roots is gripping my heart. The kids are living their lives to the fullest. They traveled during their childhoods and they moved a few times. They saw beautiful places outside of their backyards. They relocated to new towns and schools and realized that although being the new kid is tough, no one dies. And there is so much benefit to change: new friends, new experiences, new perspectives.

But what about ME? It’s tough for me to be joyous as they fly from the nest when I’m so sad. I know my job as a mom is not over. I know I’ll still receive calls, texts, updates. But this is a significant change. Yesterday as I shared the news with my family and friends, I thought about my great grandmother who sent her young teenage daughter from the safety of her Irish village to the enormous city of Chicago. My great grandmother had to wait for letters. Did she think she’d ever see her beloved, adventurous daughter again? I’m sure she gave her a hug and a brief squeeze at the dock with the looming ship in the background. She wished her well, safety, and mostly prosperity as my grandmother traveled to the land of plenty. But they were both brave.

I’ll take a lesson from my ancestors. No tears, no worry. I’ll wish my offspring well and save the tears for the car. I know I’ll get the text “LANDED” soon enough. And I know they’ll be great. And I know I’ll be fine and brave. But right now, the tears are sitting on my lids. Bravery escapes me.

There are few events in one’s life that impact you financially, socially, emotionally and legally. Effective communication and negotiation skills are imperative to a good outcome. Sheila Brennan, Divorce Coach, serves as your guide and advocate through the divorce process. Take complete ownership - this is your divorce! www.brennandivorcecoach.com