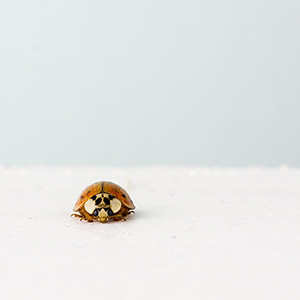 by Natasha Horsley~When I was told that my melanoma had gone to a lymph node the first and most overwhelming feeling was anxiety. My odds of living through this illness had just gone down from 90% to 60% in what felt like a heartbeat to me. It’s been five years now, but I still live with the impact of one lousy little lymph node.

How could something so small fell someone as tall and young and otherwise healthy as me?Also, I had few memories of ever sunbathing recreationally. Could life actually be this random and cruel?

But the most overwhelming fear is, and was, for my children. My youngest was only three at the time and so I plaintively begged, really demanded the Doctor to save my life. I had gone alone expecting only good news, and instead drove home sobbing.

As a Psychotherapist I have studied anxiety and also suffered from it for a long time. But this was the time I had the most palpable reason to feel it. I began to understand anxiety as a physiological response to the emotion of fear. In some ways it provides us the biological necessity to help us know and react appropriately when we are in danger. Enough cortisol, (the hormone we produce under stress) running through our adrenal glands and we react in optimal ways, our senses on high alert for the best and most instinctive response: fight or flight. Too much cortisol, however, and we stop responding optimally. We feel paralyzed, shaking with fear, hearts pounding we wake in the middle of the night and turn to the internet, only to be confronted with yet more reasons to be afraid.

A lot has been written about the dangers of too much cortisol lowering our immune system, so in a health crisis, desperate not to add more stress to an already compromised immune system, it becomes a vicious cycle, it’s easy to literally become afraid of being afraid.

A lot has also been written about the benefits of exercise, sleep, good nutrition and mindfulness meditation in reducing dangerously high levels of cortisol/anxiety. These tools are invaluable but can take a lifetime to perfect.

In the meantime, in the middle of the night or the middle of any anxiety attack, until these tools have become second nature to us, it can feel like trying to stare down an on-coming train with the force of our will alone.

As I work towards more proficiency with these skills, I have found several other tools, also non-medicinal, more immediately helpful. I am certainly not averse to medication, especially when it isn’t addictive, or mixing and matching both tools and medicine, but to the degree that these tools are helpful they carry the extra benefit of not having any adverse side effects.

The first is a cognitive-behavioral trick. The brain struggles to think two different things at the same time. Actively remembering to focus on something in the room functions in a similar way to looking at the horizon when you are sea sick. It grounds you, so to speak, in the here and now. Whatever prognosis most terrifies you is something in the future. It is generally speaking, not happening now.

The second is to believe in something greater than yourself. To believe in anything actually, is a huge help. It’s incredibly important to spend time wondering what it is you believe in, especially in an ever more secular world. It’s also important to remember that we choose our beliefs. And since they are not facts, they are changeable. If I decide I believe in karma, but later on it feels like there is something about this belief that no longer serves me, I can change it. It is so empowering. If it serves you, it will feel life and love affirming and that can be an enormous comfort when we need it most.

And last, but not least, we need to develop an ability to befriend our fear rather than try and eradicate it. Most clients I have spoken with over the years naturally hate their anxiety and want me to help them get rid of it, so it seems counter-intuitive to ask them to befriend it instead, but I think it has been my most helpful tool.

I think of my fear as a very young, vulnerable child that is part of me, and I think of a higher, wiser, kinder part of me saying the things you would say to a terrified child to help calm them down. Sometimes when I work with clients who have never been spoken to kindly or lovingly when they were terrified, it’s like we are re-inventing the wheel. Sometimes it feels fake or inauthentic at first. After a lot of practice this kinder, loving part of us begins to be a closer resource, available to us when no-one else will or can be.

My favorite internal line recently, but one I still need a nudge to remember, is simply, “I’m so sorry you’re feeling this bad”. This caring and internal validation is usually enough to get me back to sleep. And sleep, I think, is the most helpful healer of all.