Home / Aging Family Members / Why is Applying for Medicaid So Difficult? 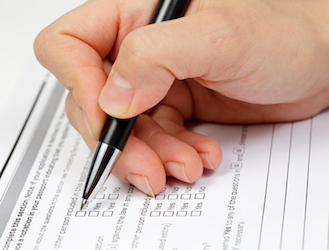 With long term care nursing costs typically exceeding $11,000 per month, Medicaid benefits are necessary for over half of the nursing home population in our country. Yet, applying for Medicaid is long, tedious, and for those who are not prepared, sometimes not entirely predictable.

To qualify for Medicaid, an applicant must prove that he is at least 65 years old, or blind or disabled. Citizenship also must be proven. Those who qualify can receive medical coverage, even coverage for long term care expenses, which are not covered for any extended time period by health insurance policies, Medicare, or policies purchased under the Affordable Care Act.

Federal law states that the Medicaid application intake workers are supposed to be helpful in the application process. However, the Medicaid workers vary in their approaches and experience. Often the applicants are unprepared for the extensive laundry list of financial and legal documentation required for the application. In addition to strict requirements for submission of financial statements, Medicaid applicants must submit a variety of documents such as citizenship papers, marriage licenses, birth records, deeds, affidavits, etc. to support their applications. Frequently, after an individual applies for benefits, the Medicaid office will forward a list of additional documents that must be submitted. The documentation required varies somewhat with each case, but the paperwork is burdensome for even the most organized individual. It is no wonder that one common cause of a delay in the processing of a Medicaid application or even a denial of benefits is the applicant’s failure to provide all of the required information.

Since the enactment of the Deficit Reduction Act of 2005, Medicaid applicants have had to submit all financial data pertaining to the five year period leading up to the filing of the application. Even statements from accounts that were closed during this period must be submitted. (The previous requirement was three years of financial documentation.)

The Medicaid office scrutinizes the financial information to determine whether the applicant gifted away assets and presumes that any gift made was to speed up Medicaid eligibility. In cases where a Medicaid caseworker determines that gifts were in fact made during the five years preceding the application, an automatic period of ineligibility for benefits is imposed. There are exceptions to the gifting penalty periods for certain situations, but they are narrow and must be proven to apply. It is not unusual for a Medicaid caseworker to presume that a gift was made and institute a penalty period in cases where the applicant simply made a payment for goods or services but the paper trail is inadequate to show that the transaction was not a gift.

Additionally, the Deficit Reduction Act of 2005 allows for some legal planning using certain types of annuities and trusts. While these legal planning strategies can sometimes be financially advantageous to applicants’ families, the documentation involved sometimes must be reviewed by a supervisor in the Medicaid processing offices or by the state’s central office for administering the Medicaid program. Elder law attorneys have seen similar trusts or annuities receive inconsistent treatment by various county Medicaid offices, even within the same state. Sometimes it is necessary to forward additional documentation giving the Medicaid office further explanation on the trust, annuity, or other legal document to support the applicant’s claim for benefits.

The actual law governing Medicaid eligibility is scattered and sometimes inconsistent. The states have their own laws that must not be more restrictive than federal law, although states have initiated policies that have an unduly restrictive impact. State agencies also periodically send out letters advising on policy updates.

Procedures for filing a Medicaid application vary from county to county and state to state. Some counties permit applications by mail, some are more restrictive about who can represent the applicant. Sometimes counties differ in the requirements to prove a particular exception to the transfer penalty rules exist.

The figures used to calculate the duration of a period of ineligibility for benefits due to a transfer of assets change regularly. Some figures are updated each January and others in July. To many seniors’ surprise, the figures also include strict limitations on the amount of assets that spouses of Medicaid recipients may retain.

The difficulties encountered throughout the Medicaid application process impacts individuals in need of benefits and the nursing homes themselves. If a senior in a nursing home is denied benefits, often the nursing home has a difficult time collecting the outstanding balance for care. Both nursing homes and applicants can benefit from an advisor who understands the process and can avoid common, costly pitfalls.

END_OF_DOCUMENT_TOKEN_TO_BE_REPLACED

One thought on “Why is Applying for Medicaid So Difficult?”