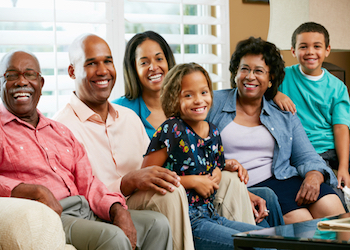 In divorce mediation, couples typically decide together how to handle the basics of Father’s Day.

What time does the day start?
Do the children spend the night with dad?
Does mom or dad pick up or drop off the children with the father?
If it’s a Sunday that mom’s supposed to be with the kids, will they switch off weekends?

This is a simple Father’s Day parenting plan schedule. But mediation has the opportunity to address issues around Father’s Day that would be overlooked if the parties were engaged in a hostile litigation:
One of our mothers said in mediation that Father’s Day had always been an extended family event. She and her husband would take the kids to visit her mother, father and her brothers. She said that her children have a close relationship with their maternal grandfather and uncles. And her family expected that Father’s Day was also their holiday to see the children.

The couple reached an impasse. The father couldn’t even consider the plan.  To him, splitting the holiday was like the biblical version of David cutting the baby in half! The couple discussed the issue; the mother made a point of saying that extended family is very important to the children. Not only were the children affected by the divorce, but cutting them off from seeing extended family would be another blow.

As they talked, the couple created a plan that worked for them both: The mother would have the right to declare the Saturday before Father’s Day as a de facto Father’s Day for her family. Regardless of the parenting plan, the mother was entitled to take the kids to see their grandfather and uncles and celebrate Father’s day – 24 hours early!

This is just one example of the issues that might be overlooked if couples are litigating and can’t talk to each other directly, but only through their lawyers. Some other issues are:

Of course Father’s Day is for fathers. It’s an important day of bonding between children and their father. However, there are often deeper emotional issues raised by this holiday.

And couples in mediation can address how Father’s Day touches the lives of other people who are important to children. The couples then get the opportunity to create a parenting plan taking that into consideration.