Home / Life Help / Fighting For The Good Of Our Girls 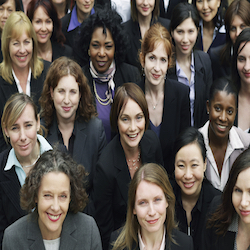 After President-elect Trump’s “Grab them by the p****” comment hit the airwaves a few weeks before the National election, Kelly Oxford, a Canadian author suggested to women: “Tweet me your first assaults”. She got more than eight million replies.  I didn’t share mine because I’m on Facebook enough and refuse to add Twitter!

This was the first incident I faced amongst many. Until I read her Twitter post and saw the huge amount of responses, I didn’t even think mine counted. I wasn’t raped. Either I thought it was an anomaly and somehow only happened to me, or I thought it happened to everyone, but surely it couldn’t be a big deal because none of the grown-ups around me were making it so.

And then the story died, both mine and the Twitter story. Again. Twitter imitating life, over and over.

Well, what are we supposed to do with all these abuse stories? Forget them? Chalk them up as the equivalent of “locker room banter”, or “boys will be boys”? I’m passed the age where it will likely be a big concern anymore so maybe I could. It’s just that I have a daughter, as I’m guessing so do many of you. I also have many female clients who have abuse stories I would really like to help them recover from and it would really help to live in a world where that was supported. By the way I would like this for male recovery from abuse too, but that is another story.

Of-course these statistics don’t include the countless incidents that occur which are never even discussed as crimes, let alone prosecuted, not just the ‘locker room banter’, but the actual ‘grabbing’, ‘exposing’, ‘intimidation’,
‘verbal abuse’, ‘dismissals’, ‘subtle discrimination’, etc, etc . Things that other’s have invalidated over and over and so we fall into the trap of doing that too. I imagine it helps us maintain an illusory sense of power to “not be bothered”. If I can show you that I don’t care, I maintain the illusion that you aren’t succeeding at having power over me.

I also imagine that many women end up identifying with their aggressors and don’t want to be perceived as a threat to them, but as on their side. It’s much safer that way.

And so the cycle goes on. We know that “crime increases with inequality; violent crime decreases with the long-term pacification of society; variations in crime are linked to situational factors. Each of these theoretical frameworks can be informed by gender issues but often has not been.” So, in a time of increased racial, gender and economic inequality, crime is likely to rise, not fall, which is scary for our daughters.

One of my hope’s however, is that we will get tired of being afraid, and will want to figure out more and more how to value ‘love’ over ‘fear’. It is scary to fight against what has become normative. But for the love of ourselves and our daughters, let’s not put Pandora’s dark cloud (otherwise known as more than 8 million women’s stories of abuse) back in the box and walk away, pretending to ourselves that we have ‘forgotten’ or that the parts of our stories that include abuse don’t effect us anymore.

Mary Pipher says in “Reviving Ophelia: Saving the Selves of Adolescent Girls” that girls are at the height of their self-esteem when they are ten years old. After adolescence the desire to fit in with societal norms takes over and they become more interested in relationships than in fulfilling their own potential.

“Many young women are less whole and androgynous than they were at age ten. They are more appearance-conscious and sex-conscious. They are quieter, more fearful of holding strong opinions, more careful what they say and less honest. They are more likely to second-guess themselves and to be self-critical. They are bigger worriers and more effective people pleasers. They are less likely to play sports, love math and science and plan on being president. They hide their intelligence. Many must fight for years to regain all the territory they lost.” ~Mary Pipher

I spend a lot of time with my female clients asking them to remember what their hopes, dreams, and passions had been when they were ten. By the way it is a great exercise for men as well, who also get lots of things socialized out of them.

Recovery from abuse, or abusive situations, is not only about facing our fears and learning to stand up for ourselves, which is and sounds like, a lot of hard work. It is also the joyful work of reclaiming those hopes, dreams, and passions in adult form.

It would be easier to write about something lighter, but I am beginning to see that with prejudice and misogyny more at the surface these days, it is an opportunity not to put my proverbial head in the sand, but to more openly fight for justice and the chance for all women and girls to truly fulfill their potential unencumbered or at least much less encumbered with the fear and trauma of being or having been abused. I hope you will join me.

What can we do? Therapy is almost always a good idea.
Donating to causes that support women’s rights is good too. Read up about emotional abuse. It is the subtlest form of abuse and easy to miss, but it underlies and can lead to more dangerous forms of physical and sexual abuse. Fight to recover and reclaim the right to fulfill your own potential. Tell your story over and over because, “Telling stories never fails to produce good in the universe.” ~Mary Pipher, The Middle of Everywhere