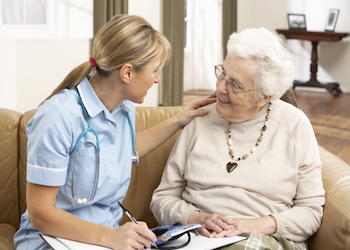 We as a country have known for quite some time that people who go to the hospital, particularly to the Intensive Care Unit (ICU), have a tendency to develop a form of mental dysfunction commonly called ‘hospital delirium.’ By ‘have a tendency,’ we mean that somewhere around one-third to one-half of all patients who come into the ICU develop hospital delirium at some point during their stay.

What we have not known until just recently is exactly how many of those people are able to recover. Then a series of studies came out in several different countries that revealed the frightening fact that about one-third of patients with hospital delirium recover completely, another one-third stabilize but have life-long cognitive impairments (due to hospital delirium), and another third continue to deteriorate after their release.

Hospital delirium is not itself deadly, but having it increases your chances of dying of something else by a significant margin (studies ranged from +25% to +70% in all-causes mortality rates), and the effects continued for at least a year after release.

Furthermore, there is a direct relationship between how long you spend delirious and the severity of your lasting symptoms. According to an intensive care specialist at the Vanderbilt University Medical Center, “Every day you’re delirious you have about a 35 percent increased risk of this dementia…three days of delirium, [it’s] almost a sure thing you’re going to have some elements of the dementia.”

The patients at the greatest risk for hospital delirium are the ones who are oldest, and the ones who have to spend the longest amount of time in the ICU.

Preventing Hospital Delirium
If your honored elder ends up rushed to the ICU for a medical emergency, it is on you to talk to the hospital staff and make sure they understand that your loved one needs some special care to prevent them from experiencing hospital delirium. Here is what the hospital can do:

Perhaps one of the most important things you can do, however, starts the moment you meet your honored elder’s nurse: tell the head nurse all about them. The nurse needs to be aware of how functional, emotionally stable, and modest your loved one is, so that they can tell when they are starting to act contrary to their normal behavior.

Recovering from Hospital Delirium
If you discover after the fact that your venerable family member did (or currently does) have hospital delirium, it is not necessarily too late. Once they get out of the hospital, you can help them recover at home.

Once they are home, go through the list above and make sure that you are doing all of that. But since they are at home now, you can take steps 3 and 7 up a few notches.

Nothing can guarantee that your honored elder will not end up among the two-thirds of hospital delirium sufferers who do not improve. But by following these steps and doing other things to help provide cognitive and social stimulation, you can significantly reduce the chances of a worst-case scenario.