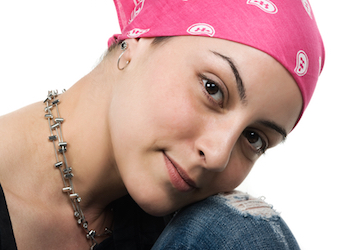 “Think Pink!”  During October’s Breast Cancer Awareness Month, men and women all across this county will get together to march against breast cancer and don pink ribbons, honoring survivors and those who lost their lives. The National Breast Cancer Foundation Inc.’s motto is, “No one should  Face Breast Cancer Alone.”
It is sad to say that we often see in our divorce mediation practice that marriages do fail in the middle of one partner suffering with a serious illness – sometimes the cause of the divorce is the illness itself. Despite parties’ best intentions, illness – especially one as serious as cancer – can destroys marital bonds.
Yet we have seen another side when marriages fail during illness.  In our experience parties often still care about each other, and though they are mourning the loss of their marriage, they often try to take care of each other during the divorce process.
In one of our cases, a young woman was suffering recurring bouts of breast cancer. Though it was in remission, the parties knew that she had a tough road ahead; at best, continual testing – at worse, a future neither one talked about during mediation sessions.
The wife and husband continued to be friends. They chose to divorce through mediation instead of hiring two lawyers that might pit one of them against the other. The soon-to-be ex-husband stated his intentions right away – he wanted to do what he could to make life easier for his wife as they went their separate ways.
These are some of the solutions the couple came up with:
Keeping his wife on his insurance: They agreed to forgo a divorce for the near future; instead they chose to sign a separation agreement that legally secured the terms of how they would live apart. The advantage to not getting a legal divorce was the husband could keep his wife on his employer’s health care plan. This made all the difference in the world, since the wife could keep all her doctors, only paying a co-pay.
Life insurance for the Wife:  The husband was a high wage earner, and had no problem with paying his wife a fair amount of maintenance (alimony). To secure her future further, he agreed to the suggest we make in most cases – take out life insurance, so that if anything happens, the spouse who is receiving maintenance will still have income. In this case,  he agreed to carry a million dollar life insurance policy with his wife as beneficiary.
Living wills stayed the same: The wife trusted her husband and knew that he would make medical decisions for her in keeping with her wishes. The husband felt the same way – they chose each other to make major medical decision if they were incapacitated.

An major illness either strengthens a marriage, making spouses closer, or it can tear apart marital bonds. But even in divorce, a spouse can convey that the their sick partner is not facing their illness  alone.