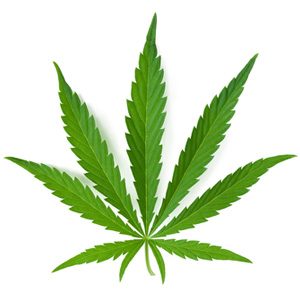 by Natasha Horsley~Parents of teens wonder, worry, are sometimes in denial, and sometimes even obsess about whether or not we are making the best parenting decisions about drugs and alcohol. We hear about marijuana becoming legal in some states and we wonder, is it “no big deal”, or at least less harmful than alcohol, or is it potentially emotionally addictive and/or a gateway drug? We hear about the latest heroin epidemic hitting middle and upper class teens and we shudder.

Could our teen’s experimentation with alcohol and marijuana turn into something so devastating? Where is the line? Should I have a zero tolerance policy? A “as long as you call me for a ride you won’t get in trouble” policy? Or a “kids will be kids” policy?

There are many valuable aspects to this style of parenting, namely that our children do and will call us when they need us most.

However, I have seen this attitude, taken too far, become a form of enabling.  It can fall into three traps: The first is the  “kids will be kids” rationalization for risk taking behavior that is actually crying out for parental limits. When we fall into this trap we are usually afraid to alienate our children by being too strict. Many of us grew up in atmospheres that were authoritarian and while we don’t want to be like this with our own children, an “all or nothing” perspective has been fairly hard wired. It makes it hard for us to find a middle ground: To become authoritative in a firm, centered way. Instead it feels like there are only two choices: Being too permissive, or, conversely, too much of a “my way or the highway” bully. By default we become overly permissive.

The second trap is a way of denying our own drug and alcohol habits or other forms of self-medication. Parents who self-medicate a lot with alcohol and/or drugs often say things like , “It’s nothing I didn’t do when I was a teenager. Heck I still do it when I can”. The implication is both a rationalization of our own behavior and a fear of being hypocritical.

Finally, the third trap is the “lawyering up” rationale. The fear is that if our children get caught doing anything illegal the repercussions will be so severe that they will effect our child’s chances of succeeding in this increasingly competitive world. Because the legal ramifications can be so grave we run the risk of not holding our children accountable enough for their misbehavior. It’s part of the problem of living in a litigious world that teaches us that apologizing for an error could make us liable for it. So instead of living in a culture that helps us hold our children accountable (without being overly punitive or judgmental) we tend to become fearful and defensive if anyone outside our family brings our child’s misconduct to our attention. We are surrounded by other parents and most of us are trying to do our best, but when we need help the most, we often feel secretive, isolated and ashamed, or we get defensive and “lawyer up”, literally or figuratively.

The latest statistics suggest that 1 in 10 deaths in this country are directly linked to alcoholism. There is also clear research that suggests that the sooner children and teenagers start experimenting the more likely they are to develop an addiction later on. The dangers of teenagers self-medicating social anxiety are also well documented. Colorado has already had two marijuana related deaths. All of this makes me think it is a mistake for parents to tacitly condone this behavior saying, “kids will be kids”, even if it is true that we did it and turned out okay. Too many others have not.

“Kids” stick together all the time, if parents could at least somewhat collectively decide on a group norm that says the later our kids start experimenting with drugs or alcohol the better, I think it would be much more effective if we worked together to try and reinforce this norm, even if it wasn’t formal. There are many other wonderful group norms in our town that we all tacitly reinforce: we have strong shared values around education and community pretty ubiquitously, Because of this I see how my sons’ friends have influenced each other to be ambitious, hard-working, and kind and I am so grateful.  I’m sure most small towns share these values. But right now there is also a group norm that our children start experimenting with alcohol and drugs in 9th grade. Often, although not always, the more popular our child is the more likely this is to be true. Is this what we want?

By forming clear, consistent limits and consequences that are not overly punitive, I think we could begin to shift these norms. I think it’s possible for teens to learn how to be sociable and popular with peers without turning to drugs and alcohol.  I think it’s possible for parents to gently, but firmly, hold ourselves and our loved ones accountable for their mistakes without becoming judgmental or hypocritical. It doesn’t make us hypocrites if we have learned from our own mistakes. If, on the other hand, we are still self-medicating too much, perhaps raising teenagers can motivate us towards our own recovery.

Even if we do all this, most of our children will still experiment, but perhaps it will take them a little longer and/or they will do it a little more moderately. As long as we don’t become “My way or the highway” bullies our children will  respect, sooner or later, that we are trying to help them become responsible adults capable of choosing healthy coping skills under stress instead of automatically reaching for their self-medication of choice. Finding a network of other parents with similar values who can help us stay honest and strong when that is necessary, and also help us know when to let go and trust that our children have and need their own journey, is an invaluable tool in our parenting arsenal.