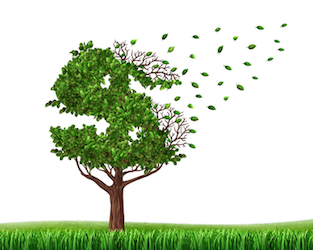 Tom and Helen Conway had a live-in housekeeper named Greta, who met a labor lawyer online, who said that the Conways had been paying Greta far less than they should have for the past eight years. They met with Greta’s lawyer, John McDonald.

McDonald presented the Conways with a that offered to settle for $1 million if they agreed to accept that settlement offer right there after reading the letter.

They had declined the offer, and McDonald had announced that he was going to sue them.

Horrified, they returned to Helen’s office and called their business lawyer, who immediately referred them to a attorney named Janice Hartman, who specialized in defending employers against employee lawsuits. They arranged for an emergency meeting with her that afternoon.

When Tom and Helen arrived at Hartman’s office they were introduced to Janice, who turned out to be an attractive older woman who took charge of the meeting right away.

After they gave Janice the letter and notice of the lawsuit from McDonald, she read through them quickly. Then she sighed deeply and looked sadly at her new clients, saying nothing.

Finally, Tom couldn’t stand the silence any longer. “Well”, he said, “what do we do next?”

Janice sighed again and then asked them, “Just to be sure that I have the facts straight, what happened, how did you respond to their letter?”

Helen quickly replied, “We said no. We told him that it wasn’t right and that we wouldn’t pay.”

Janice shut her eyes and held them closed for a moment, and then, opening them again, said, “You’ve been had. You were tricked into responding to something that lawyers call a ‘demand letter’.”

Hartman continued, “It is called a ‘demand letter’ because it states what they ‘demand’ from you. It doesn’t use the word ‘demand’ but that doesn’t matter. You can either accept their demand, reject their demand, attempt to negotiate, or say nothing. Most people like you, who aren’t lawyers themselves, feel pressured to respond, and most people reject the demand, just like you did.”

“Why does that matter?” asked Helen.

The attorney replied, “It matters because they cannot bring a lawsuit against you until they have presented their demand and you have rejected it. Now they have a legal basis to sue you.”

They have a very good claim for unpaid wages, and they also will ask for a jury trial because a jury is much more likely to award not only what they are demanding for back pay and overtime, but also to award them large amounts for penalties and interest, as well as damages for civil rights violations and damages for intentional infliction of mental duress and anguish, as well as intentional and egregious unjust enrichment.”

Janice replied, “You need to prepare for a long and very difficult time. I will give you all the advice that I can, and I will do my best to help you arrange your affairs to shelter your assets as much as possible.”