Home / Aging Family Members / Grief / The Many Faces of Grief 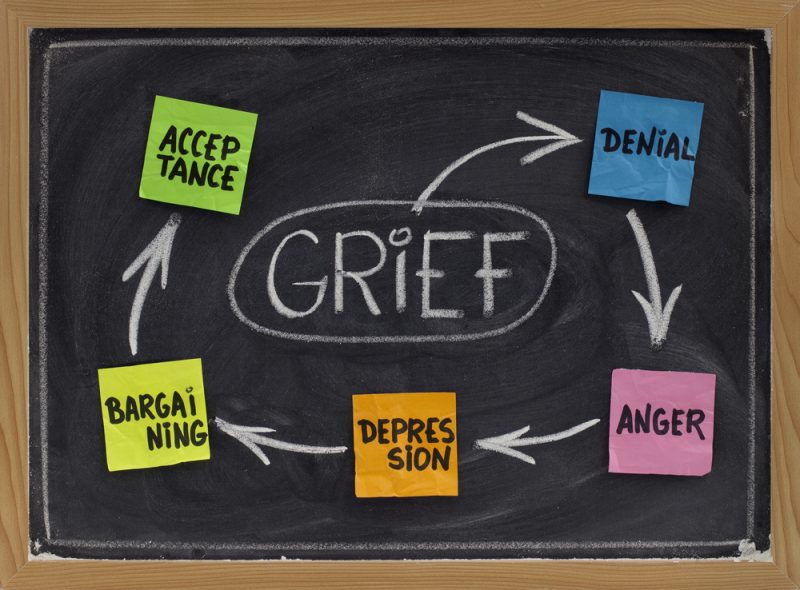 We buried my step-son today. I watered the flowers.

Lest you think “what’s wrong with her!” that I went shopping after my dad died or drowned my sorrows at a sports bar, it’s complicated. My sister-in-law’s death was stunningly unexpected. Like John McCain she died from glioblastoma or brain cancer, but only lived one month from diagnosis to death. I wept for her and my brother going forward alone and without her.

My father’s nine year post stroke demise was the proverbial “blessing”. His death freed my mother from making a very difficult decision to place him in a nursing home. I did go shopping a few days after his funeral, but it was for her.

Eight months later, I was at my brother’s side when he took his last breath after losing his heroic battle with cancer. The post funeral days and weeks after are still vividly etched in my mind.

My mother buried her daughter-in-law, husband and son in a span of just three years. When she passed away from Alzheimer’s Disease seven years later, the family I had grown up with was gone and I was orphaned. I remember very little of the days after her death in July of 2011.

As summer morphed into fall and the holidays loomed, I couldn’t face the idea of celebrating Christmas as usual with the beautiful, time honored traditions of past years. My husband and I escaped the familiarity of our Michigan home for Florida where I found myself in front of a big screen tv in a sports bar watching the Detroit Lions play on Christmas Eve. I recall an eerie feeling that I might not have been the only one escaping emotional drama that night. Was anyone else going through what I was?

This morning we interred my stepson’s ashes. Later, I watered the flowers. My husband (we’ll call him Ted) is numb of course; me not so much. His son (we’ll call him Don) had been on a multi-decade long path of self-destruction including alcohol and prescription drug abuse, cigarettes and more. We were not shocked by his death, but he was still my husband’s son and Ted is mourning for what should have been.

Grief takes on many forms.

There is no specific formula, time frame, order, rhythm, behavior, outcome, right or wrong way to grieve. Grief’s lifespan, journey and recovery are unique to each person. Even the Kubler-Ross Model detailed the stages of grief recovery as a guideline.

I have been cognizant of Ted’s remarks and behavior since we received the call that his son had died. Despite being intellectually aware that death was a likely outcome of Don’s horrific life style, we were nevertheless Shocked (Shock/Denial Stage 1). My husband voiced he should have done more to save him but there was nothing “more” Ted could have done.

It was brutal for my husband to sit by his son (age 54) in Don’s filthy house on an otherwise beautiful summer morning and see he was really gone! Ted couldn’t process the police or medical examiner’s information so I did. It was surreal.

Staring down at his son’s body in the casket, my husband said “I wish I could trade places with you son.” It’s natural that a loving father would want to swap his own life for that of his child! (Bargaining/Anger stage 2).

Ted’s definitely in Stage 3 (Depression/Reflection) and will be for a while as he Works Through (Stage 4) his loss. Funeral services, viewings, memorials and/or celebrations of life are powerful healing experiences for the ones left behind.

There is no OSFA – one size fits all – label to grief. Tears. Withdrawl. Anguish. Anger. Numbness. Avoidance. They are all normal responses. The important message is to acknowledge that you hurt. Consider grief counseling and support groups.