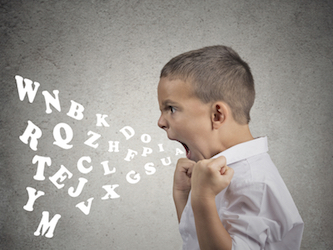 Modern parenting is wrapped in layers of theories about raising children, some of which may be a bit misguided.  Some of these theories include placing children a bit too much “front and center” with an emphasis on pleasure and good experiences at all costs. This may result in a child taking “over the ship,” like a hedonistic pirate.  Or to use another image, the “tail is wagging the dog.”

Here’s a recent example that I observed.  One day I was working in one of my favorite spots to focus down and get some work done, a local café. Sitting close by was a child who quickly fell into my category as a “hedonistic Pirate.”  The café being a public place, there were lots of people sitting around doing what they do in cafés-chatting, reading, reflecting, that sort of thing they probably were not coming to the café to be held hostage by the series of “shenanigans” being exhibited by a boy who was accompanied by his mother and grandmother.

Very quickly it became apparent that since no limits were being set with him, he kept ratcheting up his out-of-control behavioral repertoire. Stomping around the tables, calling out in a loud voice, sliding under and around the tables were all fair game. The rest of us, who were not as impressed with his “specialness” did our best to continue doing what we were doing. The mom and grandmom must have been puzzled as to why we weren’t clapping, cheering and smiling at the boy’s every move.

I understand well that there are children who have a range of neurodevelopmental issues that do contribute to behavioral challenges. However, there is a significant group of children who do not have such issues and they fundamentally lack good, old-fashioned limit setting. Children, when treated as this boy was in the café, are in danger of becoming “hedonistic pirates,” demanding pleasure at all costs.  There is no end to their demands, with parents all too happy to indulge and provide a constant stream of pleasure.

Takeaway Point
Yes, children are special, but if they are so special that there are no legitimate limits being said on their behavior, they are at risk for seeking pleasure at all costs. This style will lead to others not wanting to play with the child and impact on their social development, not to mention that it is not a fun way to live in the house.
Adapted, “’School Struggles,” Richard Selznick, Ph.D. (Sentient Publications, 2012)

Dr. Richard Selznick is a psychologist, nationally certified school psychologist, assistant professor of pediatrics and school consultant. Dr. Selznick is the Director of the Cooper Learning Center, a Division of the Department of Pediatrics/ Cooper University Healthcare. The author of two books, The Shut-Down Learner: Helping Your Academically Discouraged Child and the more recently published School Struggles: A Guide To Your Shut-Down Learner’s Success, Dr. Selznick has presented to parents and educators internationally, as far as Dubai and Abu Dhabi and throughout the United States. Learn more about Dr. Selznick at www.drselz.com.