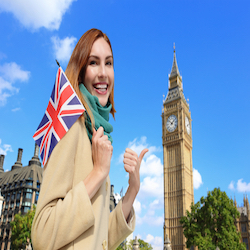 What would you most want to write about if someone asked you to write something about Mother’s Day? Would it be about your gratitude or your disappointments or both? Would it be cynical, clever, nostalgic, angry, sweet, sad? I began to realize that most of what I have read about mothering seems to have a ‘slummy mummy” versus ‘yummy mummy” quality and I realized I didn’t really want to write about either. In fact I wanted to throw them both out and start an entirely new narrative.

The ‘Slummy Mummy’ idea was coined by a British novel of the same name which was reviewed well at www.Slate.com. Slate Roiphe writes that “It is the literature of compromise, of mediocrity, of accepting as a heroine a kind of lumpish, unambitious, barely competent mom.”
She goes on to say that although this type of mothering is very self-deprecating it is secretly self-congratulatory and for me this describes it pretty well.

Although, I think there is a deeper issue at stake. When we are self-deprecating about our mothering skills it is disarming. We’re not really ‘humble bragging’, we’re truly showing our own limits and vulnerabilities so that we can feel connected to other mothers rather than feel isolated and alone. Mothers walk this fine line: we are both competitive and relational creatures. Competitively, we want our children to be ahead of the pack; relationally we want to be connected to the pack. We also want to stay connected to our friends who have chosen not to be mother’s or can’t have children of their own. What’s a wise mom to do? This is where self-deprecating humor can do wonders.

And it’s not that I haven’t had my slummy mummy moments; we all have, even the perfectionists amongst us. The fact that it’s such a ubiquitous thing is what makes it so entertaining and popular.

I could easily write about my ‘slummy mummy’ moments, like the time I promised my young sons french toast and I couldn’t find any bread so I made it with hot dog buns instead. This might not have been so bad if my sons hadn’t told their step-mother who roared with laughter giving them all kinds of permission to tell this story over and over throughout their childhoods.

Or I could write about the time my three year old daughter had her first playdate and I raced home from work to make the beds because I knew she would invite her friend and her friend’s mother up to her room. When we got upstairs my daughter said loudly, “Mommy, did the cleaners come today?” I said, “No, why?”. She said, “because the beds are made!”. Again this wouldn’t have been so bad if her friend’s mother wasn’t such an archetypical ‘yummy mummy’ whose beds probably always have hospital corners and matching sheets.

And if my children had their way, tons more ‘slummy mummy’ moments and down right flaws of my character would be exposed, even as they are equally willing to expound on my ‘yummy mummy’ virtues, at least on Mother’s Day and my birthday, and it would mostly all be with love and laughter.

But in the wider world even people who are more ‘yummy mummy’ than ‘slummy mummy’ tend to get written about negatively. They do not make likable protagonists. They are usually side characters in novels who are looked down on in the same way American’s like to look down on trust fund babies: as though they have not earned their ‘yummy’ status but rather fallen into it, born with beauty and brains and under a lucky star. They are often envied more than they are admired.

There are a few notable exceptions like Michelle Obama, Meryl Streep and Princess Diana who all seemed to pull off likability and ‘yummy mumminess’ in equal measure. I am so happy these exceptions exist. But even they are, or were, revered partly because they are, or were, underdogs in some way who found ways to excel against all odds. The grumpy mummy in me thinks it’s high time we develop a perspective on motherhood that is truly admired and respected, across the board, because motherhood alone has turned most of us into great leaders.

Of-course it takes great leadership skills to be a good mother. A good mother is continually juggling her own needs with the needs of her ‘organization’. She thinks ahead, “What will my child need to succeed, be happy, thrive, even after I am gone? And how can I best prepare them for this?” She can be both warrior and peacemaker, advocate, and protector. She will work 24/7 if needs be to help her own microcosmic company grow and expand. Like all great leaders, her children know that she has each of their backs, no matter what.

I am not suggesting that mothering skills go on someone’s resume in lieu of actual leadership experience. Although we just hired a President who had no civic experience to speak of and we allowed his experience as a business man and a reality TV star to stand in for leadership experience in politics, so maybe there is a case to be made that great leadership skills in mothering can translate into other arenas.

But what I am really hoping is that we find a way to stop feeling so threatened by each other’s successes. We need to stop covering up our own successes, both at home and if we so choose, at work. We need to figure out how to admire and honor not just our nurturing abilities but our leadership ones too, in more direct ways, not just self-deprecating ones.

Like many people, I noticed in the last election cycle that misogyny is alive and well and living in America. As a country we struggle to embrace female leadership outside the home and often in the home too. Again, there are some wonderful exceptions to this. Some partners are so secure in themselves they can easily acknowledge the strength and magnificence of their spouses, no matter their gender. Some children grow up thinking of their mother’s as their heroes, not only as saints or villains. Our truest friends and family are really happy for us when we or our children succeed and we are really happy for them when they or theirs do too.

It’s also true that developmentally teenagers need to fight against being led by their parents in order to become ‘leaders’ of their own lives. We need to outgrow our parents no matter what good leaders they have been. This is also true of evolution. Each generation wants to succeed a little more than the one behind it. All normal. All good.

Despite this, I still notice a remarkable difference between how much more we tend to value men as leaders than women. We want our leaders to appear paternal. It is part of their allure. We don’t seem to care if they are likable or even trustworthy, for-example, Bill Clinton whose nickname was ‘Slick Willy’ even amongst those of us who voted for him. We mostly want the illusion that they are strong and will protect us. We don’t even need evidence that this is true, the perception will do.

You can argue this point, but I think our collective voting history speaks for itself. Other countries, specifically Germany comes to mind, have allowed women to become leaders, so it’s clearly possible to embrace leadership that is perceived as more maternal than paternal, but again it feels very rare. And when women do become leaders, they are often perceived as more paternal than maternal. Margaret Thatcher, whose nickname was ‘The Iron Lady’, is an example. I think Hillary Clinton was often seen as unlikeable because she was perceived as more paternal than maternal. Although when she was seen as maternal, people were afraid she wouldn’t be strong enough to run the country. Too hawk-like or too dove-like, either way, it was hard for many to trust her.

Again, I think it’s high time we become more conscious of these underlying perceptions, especially when we choose our leaders. There are those amongst us (often anarchists and libertarians) who would say that if we were truly evolved we’d transcend the need for external leaders altogether. We’d each become so ‘grown-up’ that any kind of parent figure, paternal or maternal, would become superfluous. But for the foreseeable future I don’t see that as even part of a utopian vision, let alone a realistic goal.

I do think Hillary’s run for President has given us much to think about and much to hope for this Mother’s Day, even if she didn’t succeed, even if you didn’t like her or disagreed with her political views. What would it take to really embrace a maternal figure as a great leader? What makes that so hard in this culture? How can we begin to shift these perceptions at a microcosmic, grass roots level? How can we begin to see our own mother’s not as slummy, or even yummy, but as the great, but flawed leaders they were or are? Of-course there are parents, again paternal or maternal, who are ultimately so flawed they aren’t or weren’t great leaders at all. And of-course there are those who simply disagree with someone’s political views, regardless of their gender. But if we are generally willing to overlook so many flaws in our male leaders, why not our female one’s too?

Maybe it’s time to evolve beyond the perception that a physically tall, strong male is more able to protect us than a smart, experienced, passionate, fierce, loyal woman. Maybe it’s time we give more credit to actual ability, male or female, parent or not, and become aware when we are relying too much on perception and a mistakenly false narrative. Maybe it’s time, or soon will be time, when we embrace all smart, experienced, passionate, fierce, loyal mothers as the great leaders we are. In the meantime, yummy, slummy or grumpy, I hope you are, and feel, truly celebrated this Mother’s Day and all year round.