Home / Alzheimer’s/Dementia / Planning Ahead for Dementia/Alzheimer’s 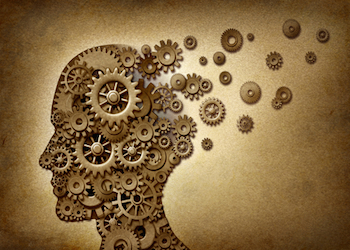 If you knew you were going to develop Alzheimer’s, what would you really want your family to do?

Browsing through video choices recently, I happened upon the 2001/02 TV series Philly. Philly revolves around a lovely defense lawyer and the cases she handles. “Thanks for the Mammaries” was a very poignant episode.

In this segment, a well-spoken, older man was on trial for the “mercy killing” of his wife of many years withering from late stage Alzheimer’s. He admitted to smothering his demented wife with a pillow, citing that he was fulfilling the promise he made “to end her misery” as she steadily deteriorated. The prosecution was trying him for murder; the defense argued assisted suicide.

When I watched the episode, I was struck by the man’s admission that his wife had made him promise he would help her die with dignity once she was clearly advanced, and not further compromise their financial estate.

My mother, who died from Alzheimer’s, also made me promise her the same thing! She had made it crystal clear that she didn’t want her and my dad’s post Great Depression “decades hard-earned savings thrown away” on her care.

I vividly remember, within hours after my mother passed away, a police woman coming into Mom’s room. She needed to “verified Mom’s death”. Translation; she was looking for indications of homicide, such as puncture wounds from a syringe or ligature marks from strangulation.

The episode of Philly triggered my recall of that unparalleled freakish experience.

How could I have honored the promise I made to my mom? How was this man supposed to legally execute the commitment he made to his wife? Truthfully, it can’t be done.

Seven states and the District of Columbia have laws governing physician assisted suicide; “the patient must have a terminal illness and a prognosis of six months or less to live.” My home state of Michigan and Pennsylvania are not part of the eight jurisdictions.

Very few people would want to languish in dementia’s clutches if given an opportunity to “go out with their boots on.” It’s painful to experience. It’s painful to watch, helpless to make a difference. My own mother often said if she ever got to that point, “just shoot me!” But when that point came, I couldn’t “just shoot” her.

My advice: Be transparent and precise not flippant about what you want your children, spouse, friends to do for you if necessary. Fill out a DNR. Fill out a living will. Share your wishes clearly.

Having walked in the shoes of a daughter, I can identify with the man in the tv episode. It’s counterproductive to hear a ludicrous directive like “just shoot me” from a parent or spouse for whom you may be responsible one day.

I struggled emotionally knowing my mother would never want to see herself in dementia’s late stages but also unable to actually do anything except watch her evaporate.