Home / Editorial Monthly Focus / Psychotherapy: Its Stigma And Its Value 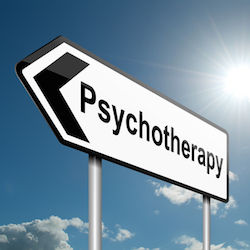 It’s kind of like the amount of times I heard the “Rocky and Bullwinkle,” Natasha and Boris jokes when I first moved to this country from England in the late 1970’s. It was hilarious to all the people who had seen the cartoon to actually meet someone called ‘Natasha’, but I had been Natasha all my life and had never seen the cartoon. I laughed and still laugh, but really I just don’t want to seem like a bad sport.

In a similar way when I tell people I am a therapist, if I had a penny for every time someone has sarcastically referenced the movie, ‘Anger Management’ or the Saturday Night Live skit about affirmations, I would be a lot richer than I am now. Even my own profession has stigmatized the more soulful aspects of our field in favor of all that is “evidence-based” and scientifically provable.

Finally this summer there is a Hollywood movie coming out that I think therapists will actually love. It is called ‘Inside Out’. What makes it stranger is that it is not just a Hollywood movie, it is also a Disney one.

Recently I was at an Internal Family Systems conference and the founder, Richard Schwartz (http://selfleadership.org) showed a clip from this movie (https://www.youtube.com/watch?v=WIDYqBMFzfg). I’m not sure what was funnier, the trailer or watching three hundred trained professionals crack up at a Disney movie.

I think it’s going to be a good one though. The premise is that we each have five voices in our head representing five different emotions, Joy, Fear, Anger, Disgust and Sadness. It is very funny to watch these different aspects of the main characters interacting internally as well as externally.

We all laughed in deep and abiding recognition that there is a lot of truth in this premise. Art can get away with this idea more than science. I’m not sure science will ever prove what really defines or explains how ‘the mind’ works. Just the fact that we dream proves there is an unconscious element to the way we think. But why, how and to what end are fascinating, perhaps unanswerable questions.

At least my field isn’t boring.

If and when we slow down long enough to listen to the conscious and barely conscious conversations within, we get more and more clues. I often think that there is a lot of similarity between being a therapist and being a detective.

But please stop asking me if I analyze you at parties. Even if I am, I’m not going to be honest about it! Except perhaps to suggest that I see some paranoia in there.

What we’re really all most afraid of is our own and other’s judgment, you know, after our fears about losing all our money and being run over by a bus.

I suppose this lends credence to the idea that one of those aspects of all of us has to do with ‘Fear”. I imagine though that the movie over-simplifies this idea a little. All movies, like art in general, are going to be a form of short-hand, trying to express something really complicated about life in a way that each of us will understand.

In reality, I think understanding our minds and ourselves takes a long time. I don’t think six sessions to cure a phobia is a terrible idea. I just think it’s vastly over simplifying a complex and interesting human being who has one aspect of him or her that has a phobia.

I think good, long term therapy is worth its weight in gold. It’s like going on an adventure into space or the depths of the ocean. How much scarier would it be to go alone? How wonderful to have a companion, even a guide? Each of our minds has its own unexplored territory. What a shame not to understand it as much as possible.

Unfortunately, long term psychotherapy is still often criticized as, ‘selfish’ and ‘indulgent’. To that I say, ‘bollocks!”. Honestly, how much more do we have to give, when we know and love all of we are?

In many ways I understand the resistance to therapy: we are all afraid of what we may find lurking within, the inner demons that terrify even ourselves, and why it feels so much smarter to keep them hidden.

I haven’t seen all of ‘Inside Out” but I imagine the aspect of our minds labelled “Disgust” is particularly interesting. Freud, I am guessing would have called it the “Super Ego”, the part of us that dictates what we should do and what others should do, and gets disgusted with us when we don’t obey it. It may be represented in the movie as ‘bad’ or ‘negative’, but I think it is more complicated than that.

We really do need a conscience, a barometer of right from wrong.

I think good therapy helps us develop a part of us that Freud called, “The Ego” and that Richard Schwartz calls “The Self”. This parts job is to provide healthy, loving leadership over the “Super Ego” and the “Id”, or whatever we end up calling each of our ‘parts’. The “Id” of-course in Freud’s definition is the part of us that ‘wants what it wants when it wants it’. It often lives in fear of loss, of not getting enough, of simply just wanting someone else to take care of all its needs.

Interestingly, I think none of these aspects of us is ‘right’ or ‘wrong’. Even the parts of us that we are afraid have no redeeming value just need two things: One is understanding and the other is healthy, loving leadership. This leads us to what one of my clients calls, “synthesis’, or a feeling of being whole.

Synthesis in this case means seeing each aspect of us as three dimensional as well as the whole of who we are. We learn that we are not made up of a bunch of two dimensional parts that are either ‘good’ or ‘bad’, but that each part of us has multiple dimensions as well. For-example, if I listen to it long enough I learn that my “Super Ego” is both capable of harsh judgment and of judgement that is reasonable and helpful. It is up to my healthy ‘Self” to decide which is which.

Understanding intention is fascinating in this process as well. Why is my “Super-Ego” judging me harshly at any given time? Is it trying to protect me from grieving a failure, accepting a limitation or as a pre-emptive strike: “I’ll judge you before someone else does. It’ll hurt less that way.”

In this understanding our healthy “Self” becomes a wiser and more helpful internal guide. It helps us better decide which battles to pick, both internally and externally, and which to let go. It helps comfort us when we have failed and reminds us that it loves us anyway. It comforts us when we are grieving and reminds us it will always be here for us. It reminds us that although we felt powerless and trapped when we were young, we have unimagined possibilities ahead of us now. It helps let us know when we are really in danger and advises us not to linger, hoping beyond hope that things will turn around, but to “Get out fast!”. And the rest of us, trusting its leadership finally, starts listening.

Understanding the whole of who we are and learning to trust that our healthiest ‘Self” will lead us in a way that is loving, wise and benevolent, honestly becomes worth all the work, time and money, and even all the jokes made at our own expense.