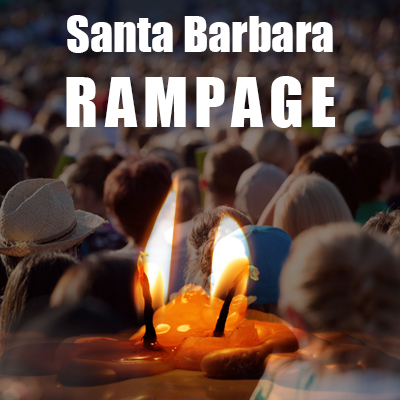 by Jackie Pantaliano~Just two days after the tragic news about the Santa Barbara killer, his reported Asperger diagnosis, and the social rejection he shared as the reason for the rampage, I was listening to my 20-year-old son Steven hosting a video-game tournament evening in our home for male and female members of an adult social group for high functioning individuals on the autism spectrum, i.e., Asperger Syndrome. He excitedly prepared all day. The group members stayed for over 3 hours and had a ball. This is not unique for Steven, as he is a member of several special needs social/recreational groups, and loves them. He has always had friends who have similar, related diagnoses (and even different diagnoses) with whom he has common interests.

I can’t help but reflect on those with diagnoses who are despairing, lonely, isolated, depressed and angry. Both killers in the Santa Barbara and Sandy Hook tragedies supposedly had Asperger Syndrome. It’s critical to note, as has been reported repeatedly, that individuals on the spectrum, including those with Asperger’s, are NOT known to be violent, and are more typically victims than perpetrators of crimes. These are aberrations and apparently there is strong incidence of mental illnesses in these cases. Asperger’s is NOT a mental illness. It is a neurological disorder.

However, in looking at these instances and even at the Columbine and Virginia Tech tragedies, I can’t help but see a common thread of isolation and loneliness, individuals without friends who didn’t fit in. Regarding the Santa Barbara killer, he expressed feelings of repeated rejection by females at college, and felt very different from the males there. I also believe there was a history of bullying in most of these cases. Again, let me emphasize that MANY teens and young adults with and without Asperger’s, have been bullied or ignored by peers, and can feel isolated, but are NOT driven to such extreme actions.

Many people point to the proliferation of violent video games and movies, bullying and too easy access to guns as the fault in these tragedies. I believe ALL of these elements are factors and must continue to be addressed. But, I also think a factor is that apparently none of these individuals had social support groups or even a single friend. Statistics show that even typical individuals without friends are prone to extreme depression, declining health and even suicide.

What can we do to help individuals with known social deficits to fit in and find their place, to accept themselves and others? We can share their diagnoses with them at an early age in a very positive fashion. We can tell them they are part of a larger group of wonderful individuals (males and females who are like them). There are famous people with virtually every disability that can be extolled. We can eliminate the shame. We can direct them towards groups and individuals who share their interests and diagnoses. Most importantly, we can take the stigma out of the words autism, Asperger’s, disability and special needs. My son, with a high IQ, uses these words to describe himself without hesitation or embarrassment. In fact, I look at my son and wish I was as comfortable in my own skin as he is in his.

I’m seeing too many youngsters whose parents were afraid to share labels. Many of these individuals are running away from the thought of ever being identified with any type of special need, and mightily struggling to fit into the mainstream. But, they DON’T and so they despair. Do most of them go to the extremes of killing? Absolutely not. Most, I suspect, live their lives in more quiet desperation.

I am begging parents to help their children who are different in any way, to embrace those differences, not to hide them, to join online and in-person groups with similar individuals. Here they can form lifelong friendships. They can even find dates and marriage partners. There is a friend out there for everyone. They don’t have to be social butterflies. All it takes is one or two friends.

My heart is breaking primarily for the innocent victims of the mentioned tragedies. The victims and their families should absolutely receive our primary attention, but without focusing on those who are committing the crimes, how can we ever help stop the tragedies? Therefore, my heart is also breaking for the extreme delusions, depression, despair, rejection and loneliness felt by those who committed these crimes and for the many more individuals experiencing such feelings, most of whom will never commit a crime, but are not connecting to others in ways that they should. This doesn’t have to be.

Jackie Pantaliano is the proud mom of Steven, step-mom of Jeff, Melanie and Jessica, dog-mom to Lady and Freddy, and wife of Bob since 1989. She is the former leader of the Camden/Burlington County Chapter of ASPEN (Asperger Autism Spectrum Education Network) www.aspennj.org and has her own Public Relations firm, ImPRessions, LLC, www.impressionspr.net.

END_OF_DOCUMENT_TOKEN_TO_BE_REPLACED

6 thoughts on “After Santa Barbara -Tragic Outcomes of Isolation”