Home / Divorce / Co Parenting / Stepping it up as the Step Parent 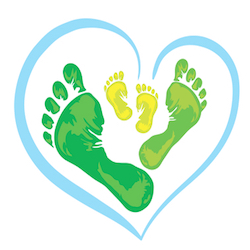 How many books and articles have been written about the importance of parents who are divorced maintain an amicable relationship for the sake of their children? I Just googled the topic and had 18,700,000 results come up in .50 seconds.

Heck, I even wrote a 12 part series called Monkey in the Middle Divorce Series based on Kidz Rightz.

The need for these helpful guides cannot be debated and certainly do not need to be summarized, however, one divorce topic deserves to be spotlighted.

Co-parents who have a good relationship, (dare I even say a friendship?) should be celebrated by all but of course, humans being humans, we have to have some rebels right?

The other day, during a session with a 15 year old girl I decided I wanted to add one more book to my series; I Have the Right for my Parents to be Friends. During our last session D, my 15 year old patient tearfully questioned why her father’s wife kept trying to sabotage her parents’ friendship.

Having worked with this family for over one year, I have also witnessed this. Sabotaging behaviors have manifested as disparaging remarks made about D’s mother to the father. D herself feels uncomfortable mentioning her mother as she always senses a tension in the room and a look whenever her name is mentioned. These are parents who have been divorced for almost eight years. The mother is engaged. Their interactions are limited to discussions of their daughter.

Over the past year, the interactions have become more frequent because D has been battling an eating disorder. This is a mother who moved across country a few years ago so her daughter could be closer to her father. A mother who has thanked the step mother for being in her daughter’s life and caring for her.

D said something which I often tell my divorced families. “Even though my parents have not been married for a long time, I still feel like we are a family. I didn’t ask for my parents to divorce but at least I still had that”. Now she fears because of her step mother’s fears she will lose the family paradigm her divorced parents created for her. She’s beginning to resent her step mother and in turn, it is likely her father will begin to resent his wife.

Being human means feeling insecure in our relationships sometimes. However, we act from fear very often to create the thing we fear the most.  Hopefully through family counseling, we can address the underlying issues with the step mother and help this family return to a healthier place.