Home / Editorial Monthly Focus / The Link Between Autism and the Gut 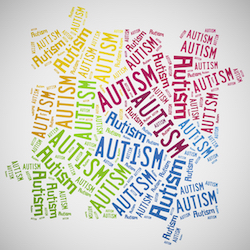 Autism rates continue to rise, where 1 in 150 were diagnosed in 2000, it now has jumped to 1 in 68 in 2010. Although health care providers are recognizing signs and symptoms of autism sooner, better diagnosis isn’t the reason for this rise. It’s not the measles vaccine either, especially with the recent comeback of measles due to the drop in childhood vaccinations. This rise in autism just may be from your gastrointestinal (GI) tract. Recent studies point to the role of beneficial gut bacteria, aka as probiotics, and the role of GI issues in autistic kids.

Good bacteria = healthy brain
In a 2013 Arizona State University study, researchers compared gut bacteria from stool samples between 20 healthy kids and 20 autistic kids between ages 3 and 16. What researchers found was interesting: A diverse gut correlated with a healthy gut (and brain, apparently). Basically, a lower diversity of gut bacteria corresponded with autistic symptoms.

Autistic kids and stomach problems
There’s more evidence pointing to the gut. A 2014 review in the journal Pediatrics found that autistic kids experience more GI problems like stomach pain, constipation and diarrhea, than other kids their age. And a 2013 study in the journal Frontiers in Neuroscience, showed that once you made diet changes to relieve GI issues, communication, attention and hyperactivity all improved.

Dairy and gluten link?
There aren’t enough good studies correlating less autistic signs after eliminating dairy and wheat. There was a study that pointed out that autistic kids who did have GI issues actually did better eliminating gluten and dairy (But parents of autistic kids without any GI issues found no improvement in behavior). However, with the large amount of GI issues in autistic children, why not eliminate wheat and dairy? Many people without autism in general feel better when they avoid these two common food allergies. Many patients I’ve treated report improvements in health such as less GI issues, better skin, and even better energy off wheat and dairy.

If your child has autism, it’s important to look at their gut health. Look for a health care provider experienced in food allergy testing as well as stool testing. Look to tests that assess digestion and measures pathogenic and beneficial gut bacteria. Ask your provider about how to improve probiotic levels, or how to avoid substances that could deplete that good bacteria. With the continued rise in autism, we need to at least address the gastrointestinal tract. Plus, I don’t see any harm in a trial in avoiding gluten and dairy for a few months.

Michael began practicing naturopathic medicine in 2003 after receiving his medical training at Bastyr University, an internationally recognized leader in natural medicine. Naturopathic medicine is a distinct profession of primary health care, emphasizing promotion of optimal health through the use of nutrients, herbs, physical medicine, and homeopathy. Michael recognized the need to integrate naturopathic medicine with conventional medicine so obtained a Physician Assistant certification from the University of Washington. There is an increasing demand for integrated healthcare, and as a naturopathic physician and a physician assistant, Michael can merge both types of medicine to provide a well-rounded plan of care to my patients. Michael chose medicine as a career because he truly enjoy interacting with people and sharing life experiences. A visit to your health care provider should not only be about treating disease, but also about promoting a healthy lifestyle. Michael trys to foster a mutually respectful relationship with each patient to promote a team approach to medicine.