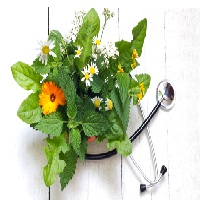 I would dare to speculate that not one reader’s life has not been touched by cancer in some way, shape or form. I would also speculate every reader is familiar with the western traditional therapies of chemotherapy, radiation and surgery. Many probably have heard about cancer victims substituting or integrating holistic forms of treatment.

I would like to share the story of my dear friend Cynthia and her survival of cancer two times in a five year period. She is one who chose to think outside of the medical box survive….

In 2006, Cynthia was just shy of her 43rd birthday and was diagnosed with triple negative breast cancer. Her first fight against cancer consisted of chemo, surgery, more chemo ( for preventive purposes) and finally radiation. 10 months later she was declared cancer free! She went about her life, playing tennis, being a mom, working, eating, breathing….

All was good until 2011 when  doctors discovered a 5 cm tumor behind her sternum and a lymph node in her neck that was fully involved.  Her prognosis was very poor. She began planning for her death and the survival of her three young children. Her doctors told her while  she should not hold out too much hope they should still administer chemotherapy and radiation.

Encouraged by a friend, Cynthia decided to start researching alternative methods of treatment.
What captured her interest the most was the nutritional aspect of health and healing. While always physically fit, Cynthia had never paid much attention to her diet.

“I had never considered that I might have played a substantial role in the breakdown of my body – in its inability to fight off the cancer… I was a fast food queen who never met a starch I didn’t like. I seldom ate fruits or vegetables”.
She decided upon three main goals in the creation of her nutrition plan.  First, strengthen the immune system by giving it the natural enzymes it needs to adequately process and eliminate toxins in my body.

That meant adding a high percentage of raw vegetables that specifically were associated with cancer prevention.  Second,  alter the chemical balance from acidic to alkaline – and  select foods that serve that purpose.  Finally, severely reduce the glucose level in the body, so as to not feed the cancer any more than necessary.  She eliminated processed and refined sugars, as well as pasta and bread products that are not whole grain.

In Cynthia’s words: “I began my new regimen on a Monday morning .  By the following Thursday (yes, only 3 days later) the left side of my chest began to experience sharp pains, unlike anything I had ever experienced as my cancer grew.  By the following Sunday I noticed that the lymph node full of cancer was feeling different to the touch.  Once hard and solid, I could feel that it was starting to lose its form.  Within 3 weeks it had all but disappeared.

Once the size of a kidney bean, all that remained was the size of a small sunflower seed (without the shell) and was difficult to locate.  At my first chemo treatment (3 1/2 weeks after I began my nutritional regimen) I asked my doctor to locate the cancerous lymph node.  He pressed against my neck …  confused … he continued to press in different areas attempting to locate the lymph node that was once so easy to find.  With a quizzical look, he asked me what I had been doing…

She just had her annual scan last month and YES! Still Cancer free!
To get a list of Cynthia’s nutritional plan you can contact her at  [email protected]