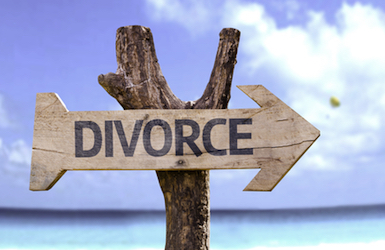 I remember as a child feeling somewhat out of it because my parents were divorced. In the 1950’s, this was a rarity. I was a “latch key “ kid before the term became popular. As a clergy person I have had the opportunity to see first hand the journey that so many couples have taken from the marriage canopy to divorce. Over these four plus decades of my rabbinate I have learned, as all my colleagues have, that the movie fantasy is never reality. Relationships are hard work; if you do not learn to compromise, you lose.

I recently sat with a woman whose husband had just died. We gathered around the family dining table, the new widow and a daughter and granddaughter. This woman, let’s call her Rose, had been married for 60 plus years. In the course of the conversation, I asked her how that was, to be married for decades. She paused for a moment and looked at me with eyes that were misting and just said, “you learn to live with things, and you adapt”. Perhaps that is what real love is, you learn to adapt.

The adaptive issue seems to be a challenge in some of the world. Divorce, once a taboo, now seems like an accepted part of our social world. Indeed, there is the popular notion that the divorce rate is holding steady at close to 50%. A recent New York Times piece noted, “It is no longer true that the divorce rate is rising, or that half of all marriages end in divorce…Despite hand-wringing about the institution of marriage, marriages in this country are stronger today than they have been in a long time. The divorce rate peaked in the 1970s and early 1980s and has been declining for the three decades since.” (“The Divorce Surge Is Over, But The Myth Lives On”. Claire Cain Miller. New York Times. Dec 2, 2014.)

This article is interesting because it points out that the fall in rates seems to focus a lot on those with greater education. Likewise, economic factors have played into the equation as impacted by the 2008 recession, and an interesting fact is reported that there is a trend, according to the article, for more divorces to be initiated by women. The impact of the feminist movement seems to be a significant factor in the changing statistics of divorce.

For boomers, there seems to be a slight glitch in this rosy picture. Back in February of 2014, NPR carried a piece entitled “Older Americans’ Breakups Are Causing A ‘Graying’ Divorce Trend”. The reporter, Ina Jaffee that “For baby boomers, divorce has almost become like marriage, another rite of passage”. The post World War II generation is setting new record for divorce: Americans over 50 are twice as likely to get divorced as people of that age were 20 years ago.” Is this another by-product of longevity? I have spoken to some therapists who have noticed a slight uptick in the number of boomers who are seeking marriage counseling. The themes seem common: the kids are now gone, they look ahead and see decades of life and they have “grown apart” and one or the other decides to follow their passion and change. The reality, of course, is much more complicated and, by the time you reach our age, the fallout; emotionally, socially and economically, is way more complicated than it would have been decades earlier.

There is work to be done here. Congregations and other organizations are slowly becoming aware of this rise on boomer divorce. The issues of loneliness and aging that can accompany older adult divorce is something that is present in every community. The acceptance of divorce in our society may be the opening that allows for greater discussion of the impact of this on families, for no matter at what age the divorce occurs, the residual impact on children (no matter what their age) needs to be addressed. Nothing happens in a vacuum, no matter how old or young we are.

Rabbi Richard F. Address, D.Min is the founder and editor of www.jewishsacredaging.com. He is the author of “Seekers of Meaning: Baby Boomers, Judaism and the Pursuit of Healthy Aging”. Rabbi Address developed the programs in family issues for the North American Reform Jewish movement and currently serves as a rabbi of Congregation M’kor Shalom in Cherry Hill, N.J. He hosts the weekly “Boomer Generation Radio” in Philadelphia