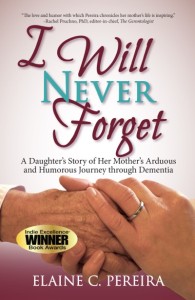 I Will Never Forget is the incredible true story of the author’s talented mother’s poignant and humorous journey through Dementia. From superb stories of Elaine’s childhood, her controversial name, tales of smoking’ dragons, the feisty teenage years and a near paralyzing accident, her mother Betty Ward’s wonderful character is revealed.

Over time, as their relationship evolves and a new paradigm is formed, Betty begins to exhibit goofy actions, uncharacteristic verbal assaults and bizarre thinking. Although clearly mystified by her mother’s irrational behaviors, Elaine does not initially appreciate the extent of Betty’s mental decline. Her mother’s amazing ability to mask the truth clouds Elaine’s vision and prolongs her denial until one cataclysmic explosion of reality over an innocuous drapery rod launches a waterfall of destructive events.

As her mother’s brilliant mind is steadily destroyed by Dementia’s insatiable appetite for brain cells, Elaine accompanies her mother on her one-way journey through Alzheimer’s mystifying haze. Elaine cherishes her mother’s fascinating visions of her own mother, masterful Houdini-like disappearances and finally a stunning rally to take control of her own destiny.

I Will Never Forget is a heartwarming, humorous, honest and deeply moving story pertinent to everyone touched by the insidious effects of Dementia. Learn from Elaine’s unwitting mistakes as she weaves her way through her mother’s unpredictable disease to capture insightful and effective intervention strategies.

“Help Me Help Others. Buy a Book!” The author donates from each book sold to Alzheimer’s research.

The One Book on Dementia that No One Else Could Write.
“As a Daughter who has lived the journey, an Occupational Therapist who understands the neurology and a Caregiver to my mother, I offer a unique perspective on Alzheimer’s and Dementia unparalleled by other authors.”

“I was physically too far away and emotionally too close to see what was really going on with my mom.” 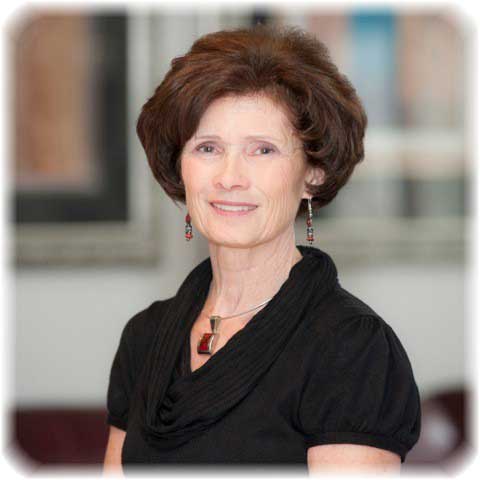 Elaine C. Pereira is the author of I Will Never Forget - A Daughter's Story of Her Mother's Arduous and Humorous Journey Through Dementia.


Elaine Pereira retired as a school Occupational Therapist, but maintains her OT licensure and Certifications as Dementia Caregiver and Practitioner. She earned both her BS in OT and Master’s from Wayne State University. Pereira and her husband live in southeastern Michigan; together they have five adult children and five grandchildren. 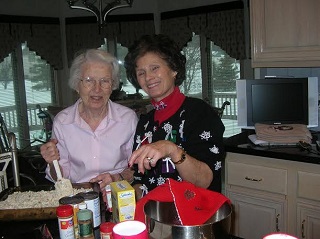 I Will Never Forget: A Daughter's Story of Her Mother's Arduous and Humorous Journey Through Dementia